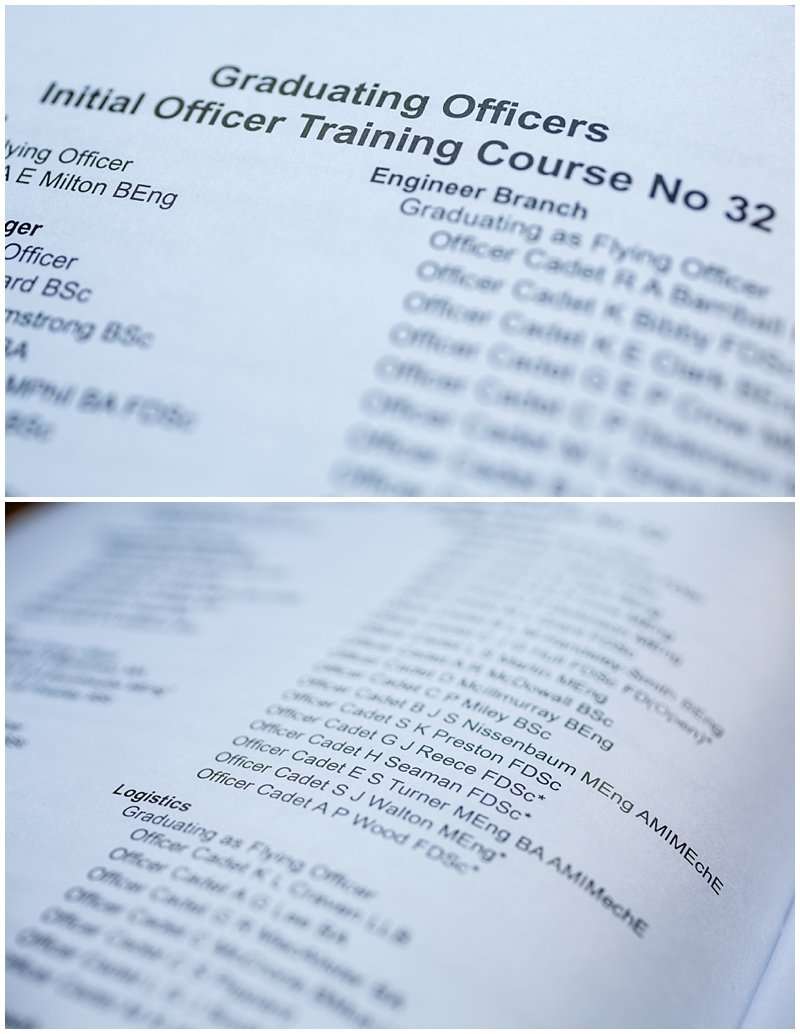 Last Thursday, a couple of decades or so after being Commissioned into the Royal Air Force, I was invited to return to the RAF College at Cranwell to try and capture some images of the graduation of a good friend.  The graduation of this particular lady was rather special, not only because she is married to a very ‘old’ friend but because she has achieved so much in the last couple of years.

In a very short space of time, Helen has crammed in more than most – getting married, undertaking a degree and now successfully completing the arduous RAF Initial Officer Training Course and on the way collecting 2 prestigious awards for her performance and contribution to the success of the Course and those around her.  Helen is without doubt a remarkable individual and this graduation really marked the end of a period of extraordinary effort and commitment on her part.

As you would expect, the day was full of emotion with justifiably proud family and friends gathered to watch a stunning spectacle unfold in front of the majestic College Hall Officers’ Mess at RAF Cranwell.  Having not been back to an RAF station since leaving the Service earlier this year, it felt quite odd having to be escorted onto the base with a temporary pass and it took few reminders not to try and return salutes while wearing a suit and a beard!  Old habits die hard!

Anyway, enough from me, hopefully the images will help tell the story of a fantastic and very traditional ceremony held on an absolutely stunning autumn day.  From my own experience I know that these images, along with the thousands of others and video captured on this day, will be treasured for a very long time to come – up there with getting married and the birth of any children, days simply don’t come much more special.

Congratulations again Helen – I’m certain that the Graduation Ball was one heck of a party!

Feel free to leave your thoughts.