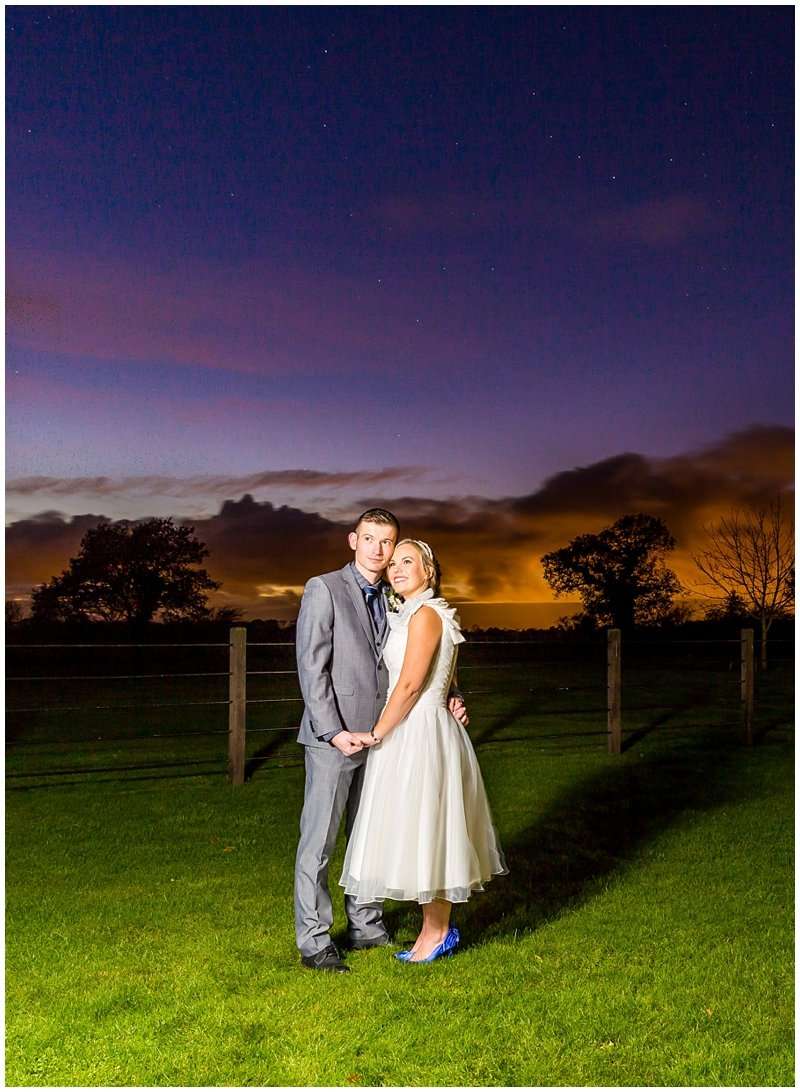 Before I start, I must first apologise if I come across all emotional – last night was the ‘office Christmas party’ for quite a sizeable group of local photographers and I have to say that today I’m feeling pretty suboptimal.  That said, I’m not complaining, what a great night – my career change into photography is so far going way, way better than I could ever have realistically expected and that is in no small part due to the incredibly helpful, friendly and sociable nature of many of the professional photographers in this part of the country.  I’ve always said that I’ve been very lucky in life and finding the group of photographers that I’m now a part of reflects that luck and my chance choice of settling in this great part of England; I truly can’t believe that there is a better place to start out as a photographer.

On the day itself, the weather was actually fairly kind for late November and, aside from some rain at just the moment that I set-up the ‘brolly shot’ (that luck again), we were given the freedom to work outside for group and couple photographs prior to the evening reception.  Although I had not met Neil and Amy before (well Amy very briefly on Friday), they and their guest were hugely welcoming, warm and friendly and made being a second photographer very straight forward.  It was in fact not only Amy’s wedding day but also her birthday (a cunning plan by Neil to avoid missing a future anniversary?  I so wish I’d thought to do the same!) so it felt like a very special day indeed at Southwood Hall last Saturday.  Anyway, as this is becoming the longest blog ever, I think I should hand over to the images to tell the remainder of this particular story.  In short though, a fantastic late Autumn afternoon and early evening spent at a great wedding venue with great people.  Unfortunately, I did not get to see the party unfold as I had to depart early for a prior engagement – I have to say that I could have gone on shooting at this particular wedding long into the evening and it was a real struggle to leave.

Thanks very much mate – as always, a pleasure to join you for one of your amazing weddings.

Thank you Christoper, it was indeed!