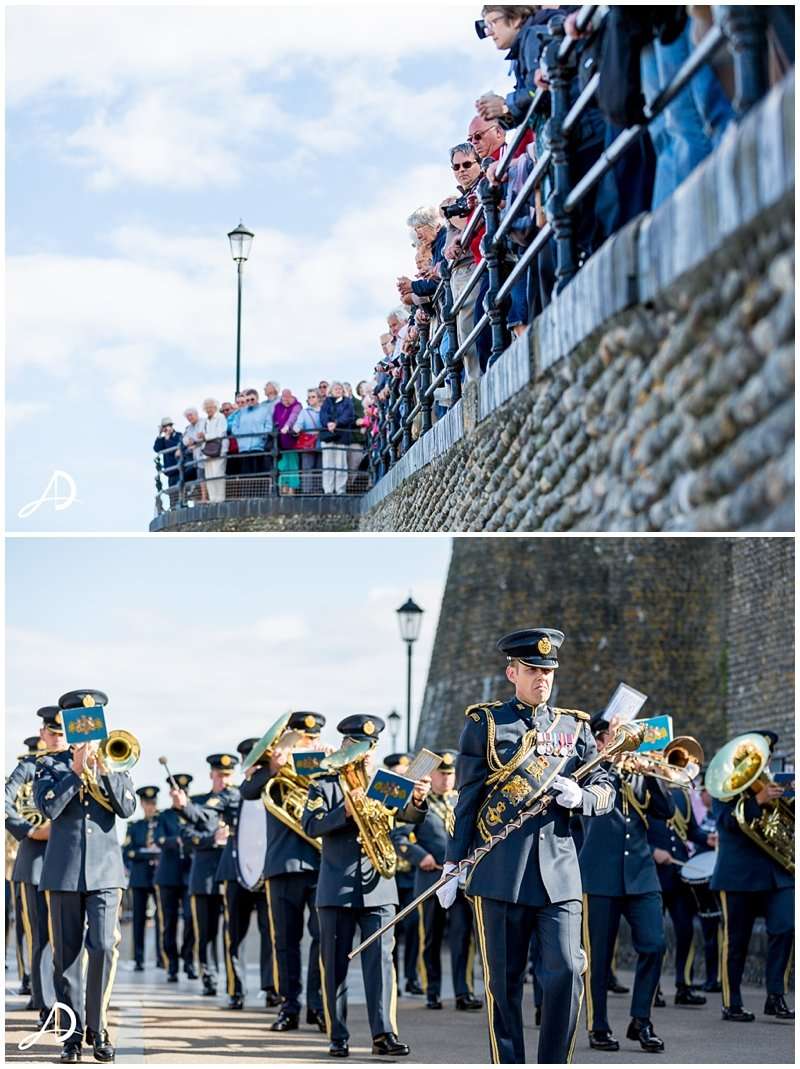 Having only very recently left the Royal Air Force, today’s assignment felt a little special.  Battle of Britain commemorations have of course been an annual part of my life for the last 24 years, so I was delighted to be asked by Just Regional to attend and try to capture this rather special event in Cromer.

This particular parade and flypast, held in the community and on a grander scale than previous years, took place in the beautiful setting of the Cromer promenade – aside from being right next to an unusually blue North Sea on a stunning autumn day, there were a plethora of great viewing points from the town above and it was great to see so many people out to remember ‘the few’.

With standard bearers from the Royal Air Force Association, the Band of the RAF Regiment and members of RAF Marham on parade accompanied by a stunning flypast by a Spitfire from the Battle of Britain Memorial Flight, it is hard to image a more fitting act of commemoration by and for the people of Norfolk.  The parade and flying display were followed by a thanksgiving service that was attended by representatives from the RAF and aircrew associations and representatives of military establishments in Norfolk and North Suffolk.

Without doubt, a very special day and a very appropriate way to remember both the debt of gratitude that is owed to the RAF and the close ties that endure with this particular part of England.

While it felt odd not being in uniform and observing the RAF from the outside for the first time in nearly a quarter of a century, it made me feel very proud to have been part of what continues to be an outstanding armed service.

Is the plane a seafire, the carrier version of the super marine spitfire? There great shots by the way what is the cost of a picture as I’m keen to have a copy if possible!
Hope all is well with you and the family.